You Are Here: Nonlinear Structural Mechanics 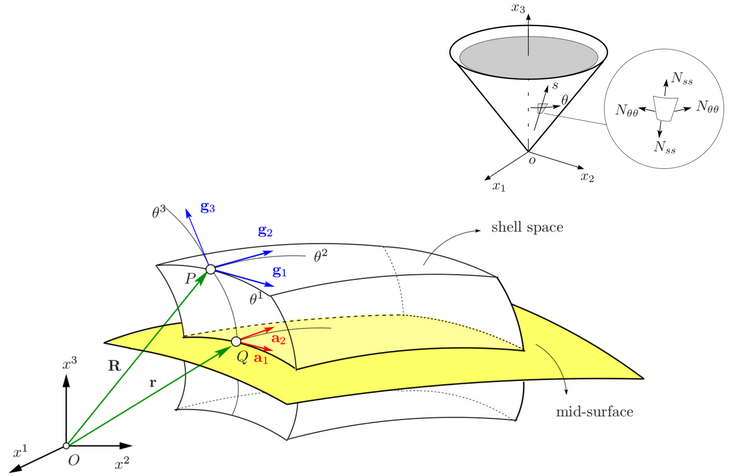 The rapid development of computer hard- and software has tremendously increased the possibilities to simulate the performance of engineering structures and systems subjected to static, dynamic and thermal loading conditions. Nowadays commercial computer codes make it possible to model and analyze effectively most of the standard structural problems e.g. in aerospace, naval, automotive, biomedical or civil engineering. Typically these commercial codes use plane plate and curved shell finite elements that allow to discretize also complex systems like the cell or wing of aircrafts, the entire body of ships or cars, turbine engines, bridges or pipelines, to mention only a few examples. This is the reason why an engineer involved in the design of such structures and systems must have a sound background in structural mechanics, such as the fundamentals of beams, rods, and plate or shell type structures, and a deep knowledge of the associated finite element formulations in order to be able to assess the validity of computational results and to push forward the frontiers of computational structural mechanics.

The course is accompanied with excercises, where the fundamentals taught in the lectures are brought into practice. From scratch a geometrically nonlinear Finite Element is developed and iteration methods are discussed in order to predict the pre- and post-buckling behavior of thin shells. Further, possibilities to extend the formulation to simulate the behaviour of different types of materials, are discussed.